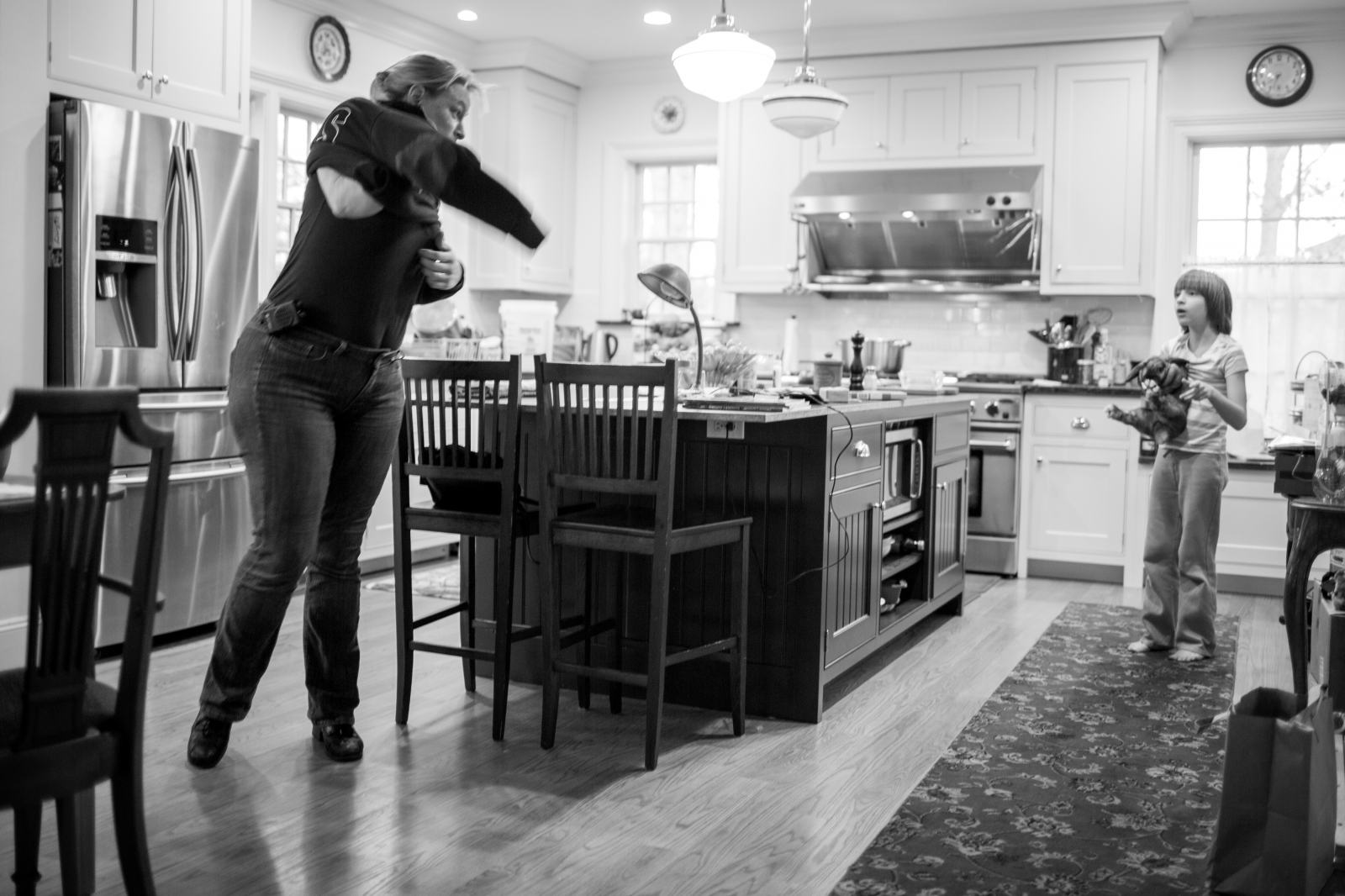 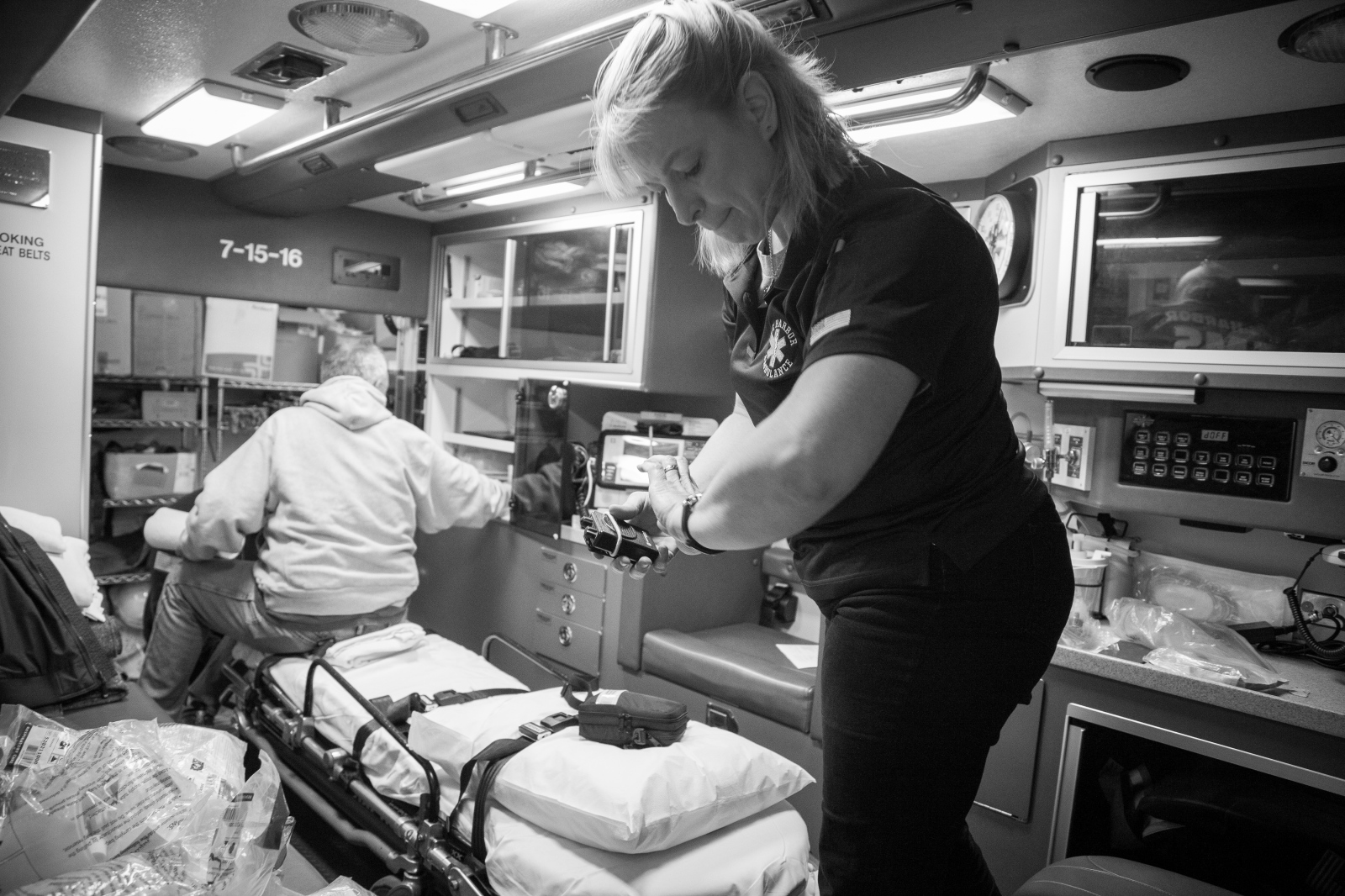 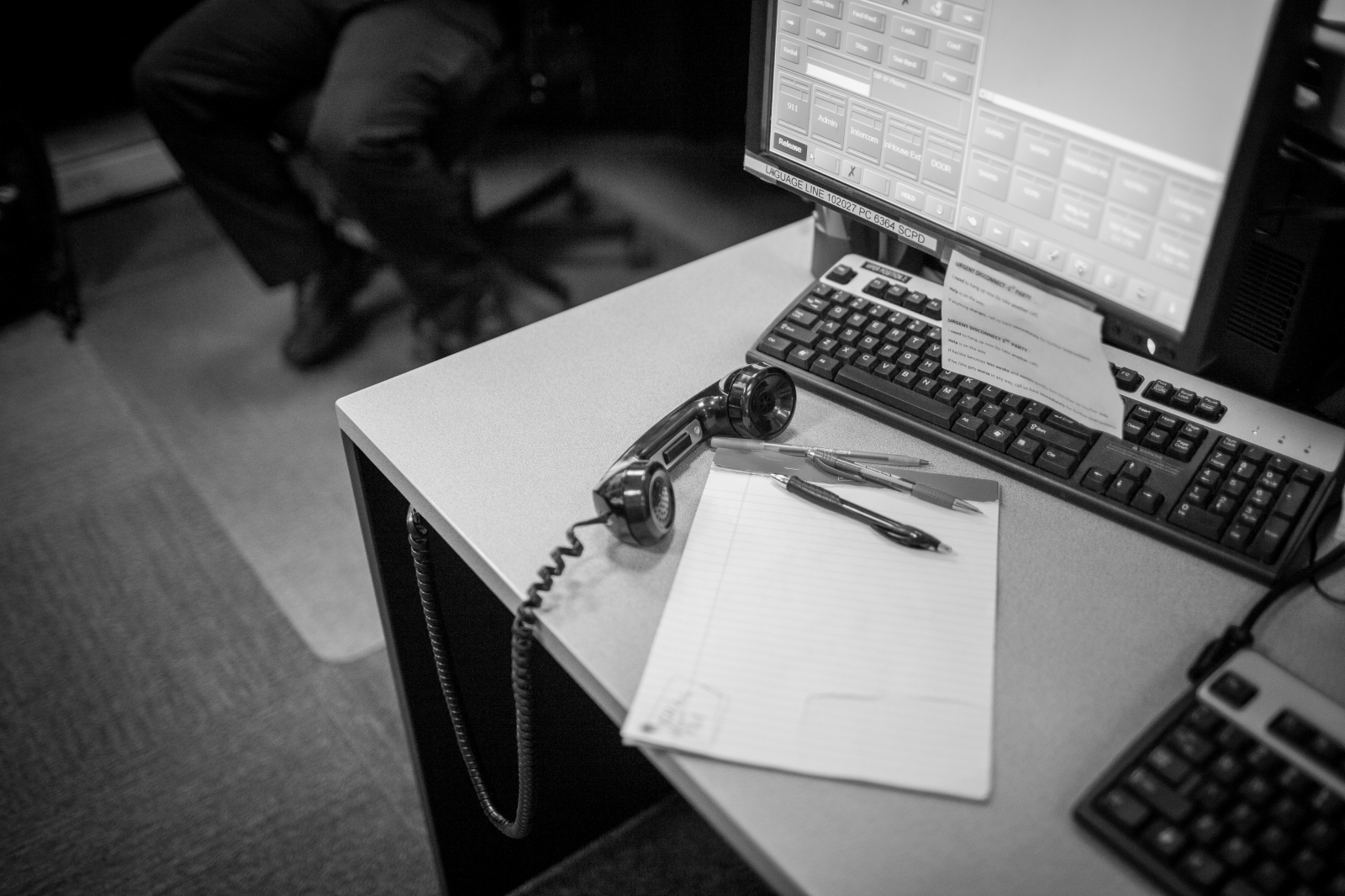 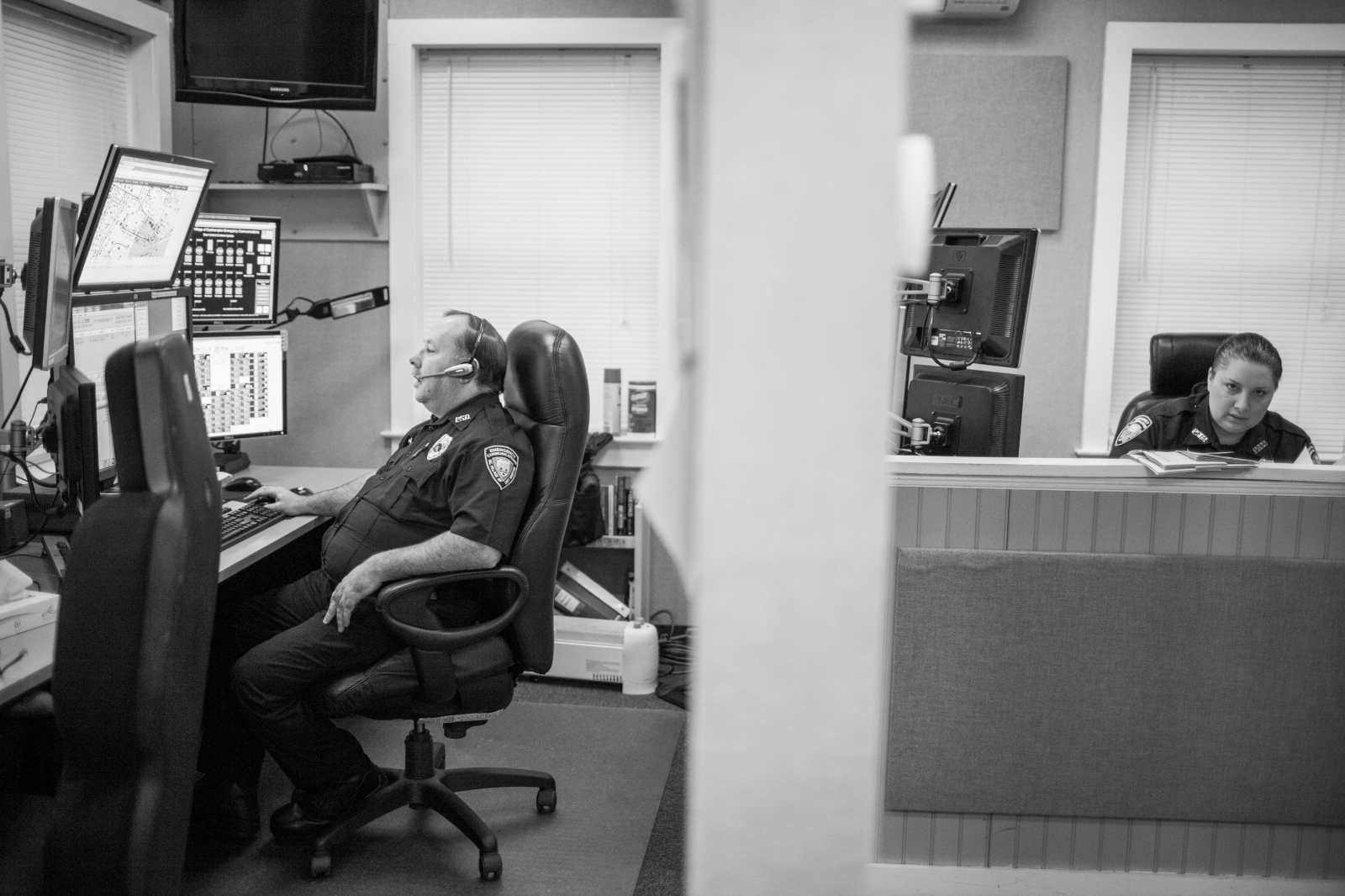 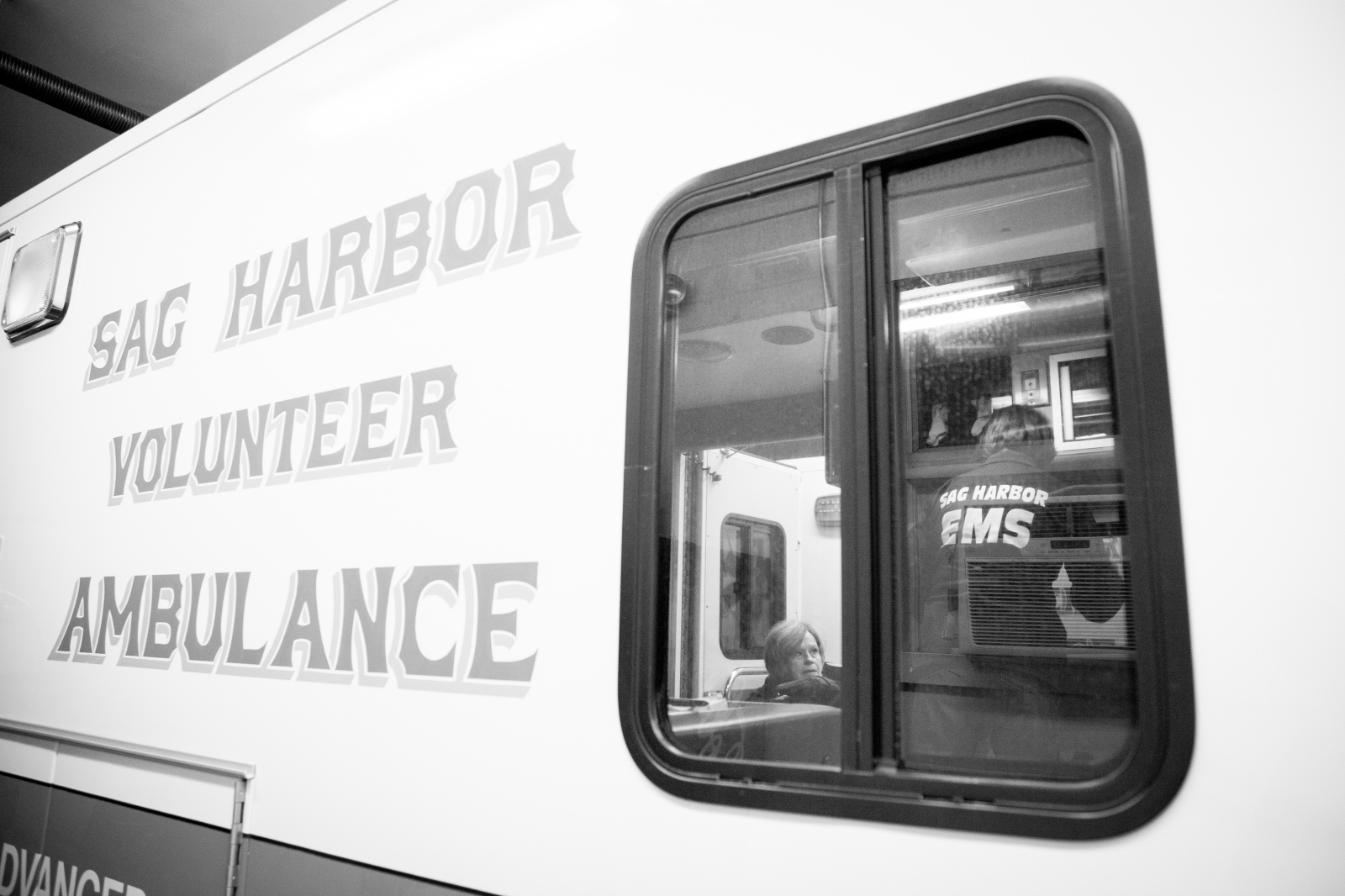 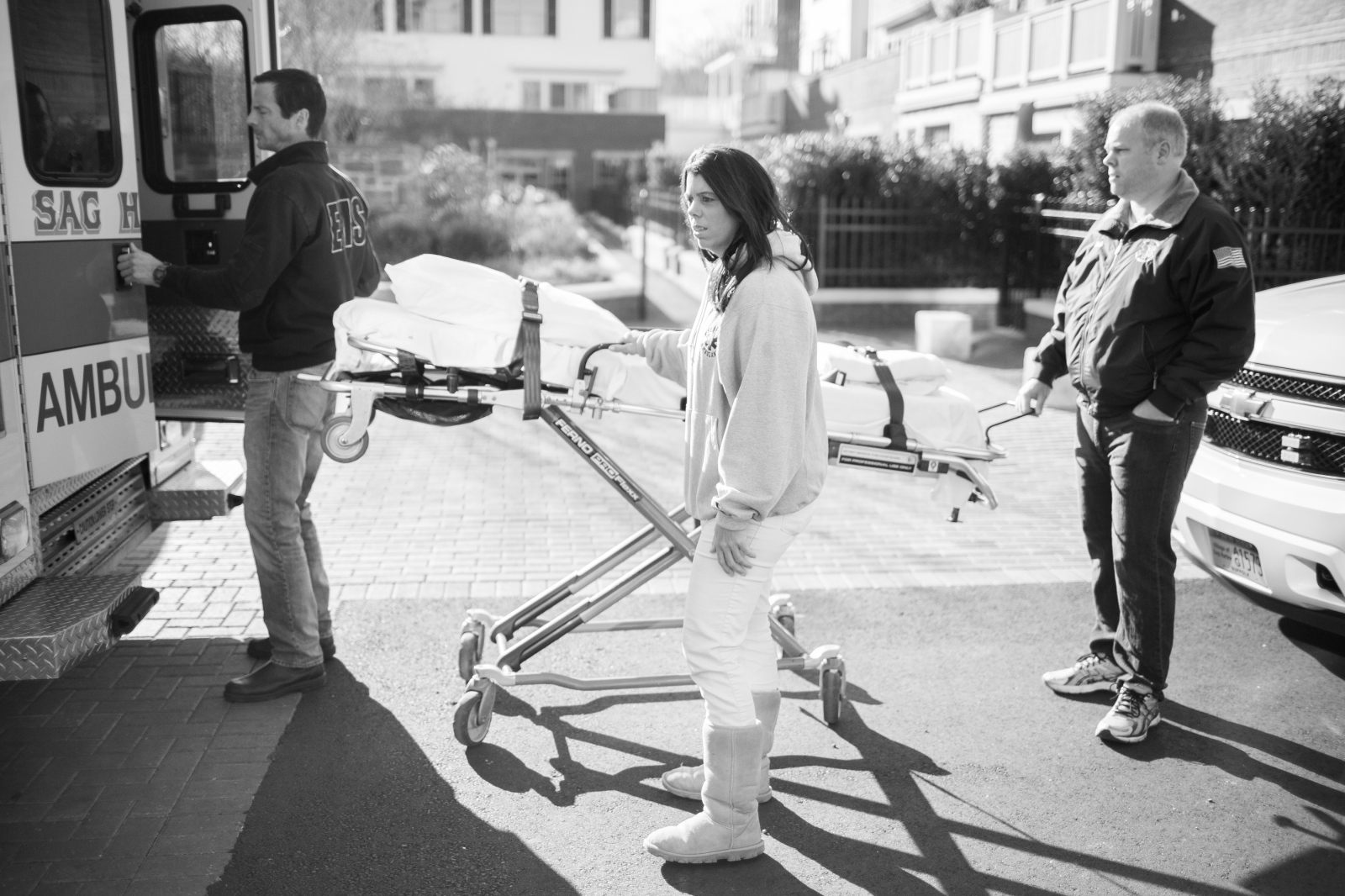 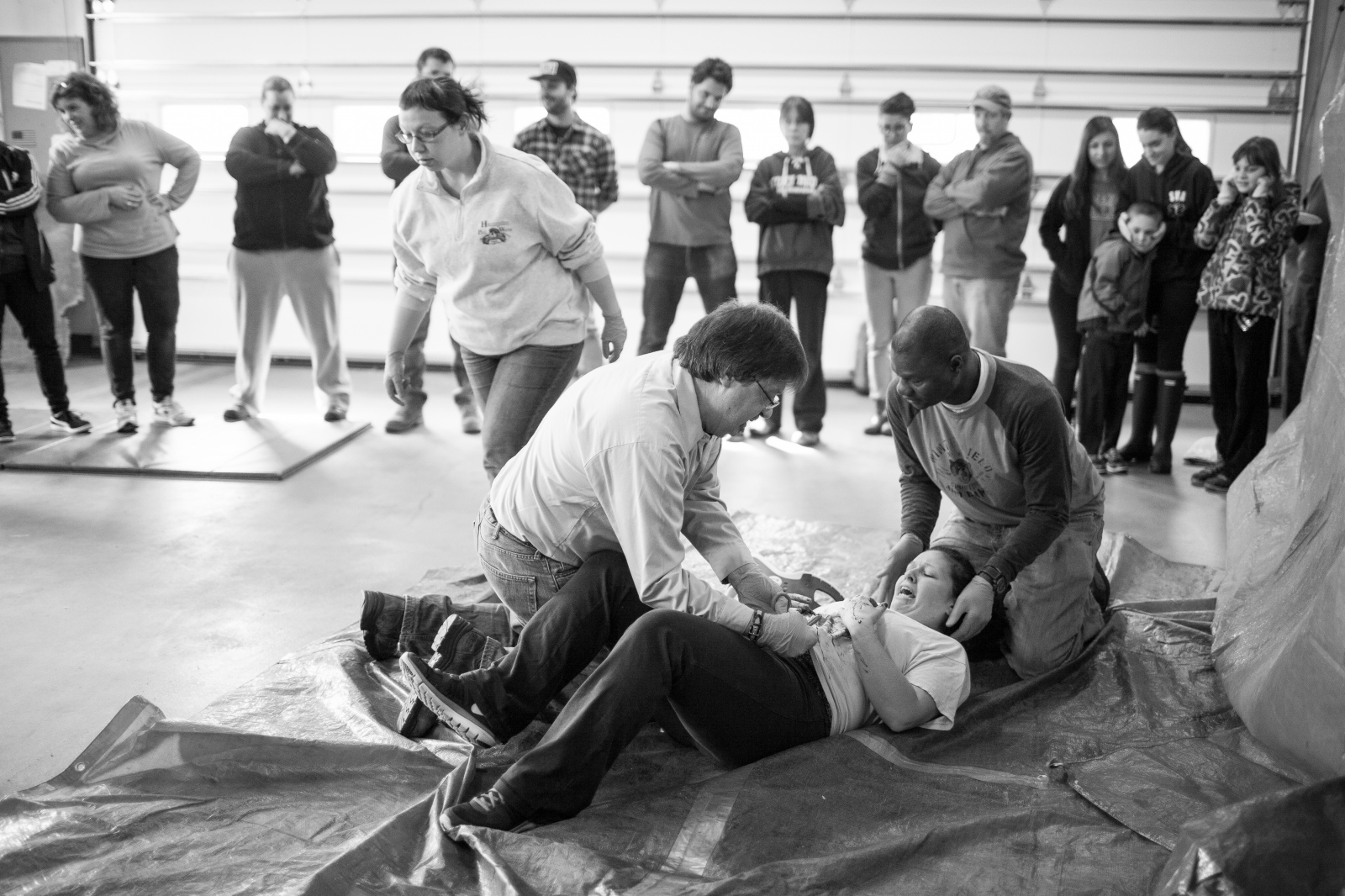 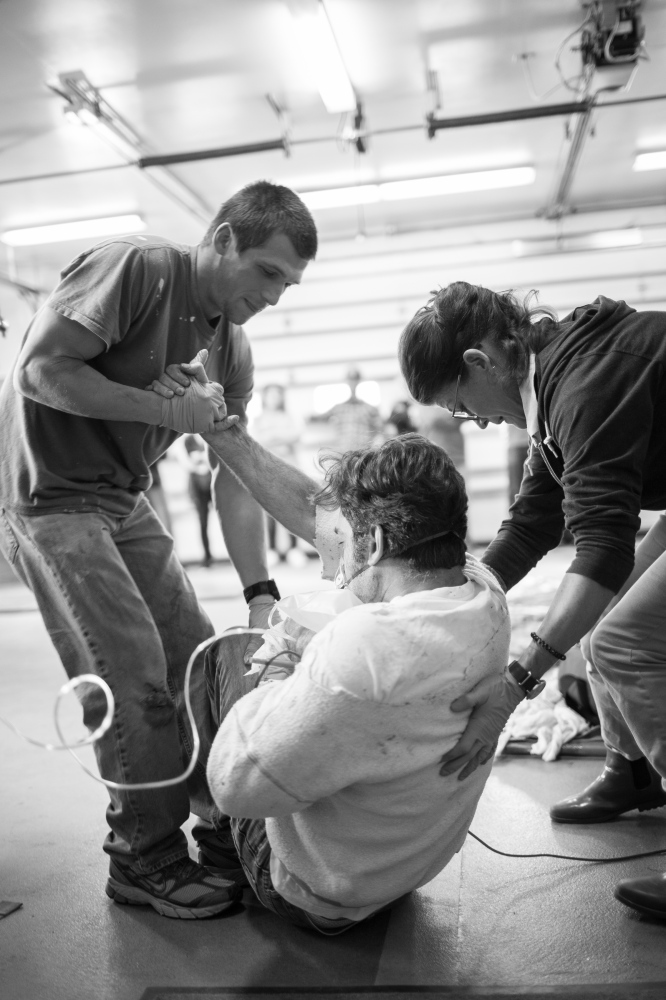 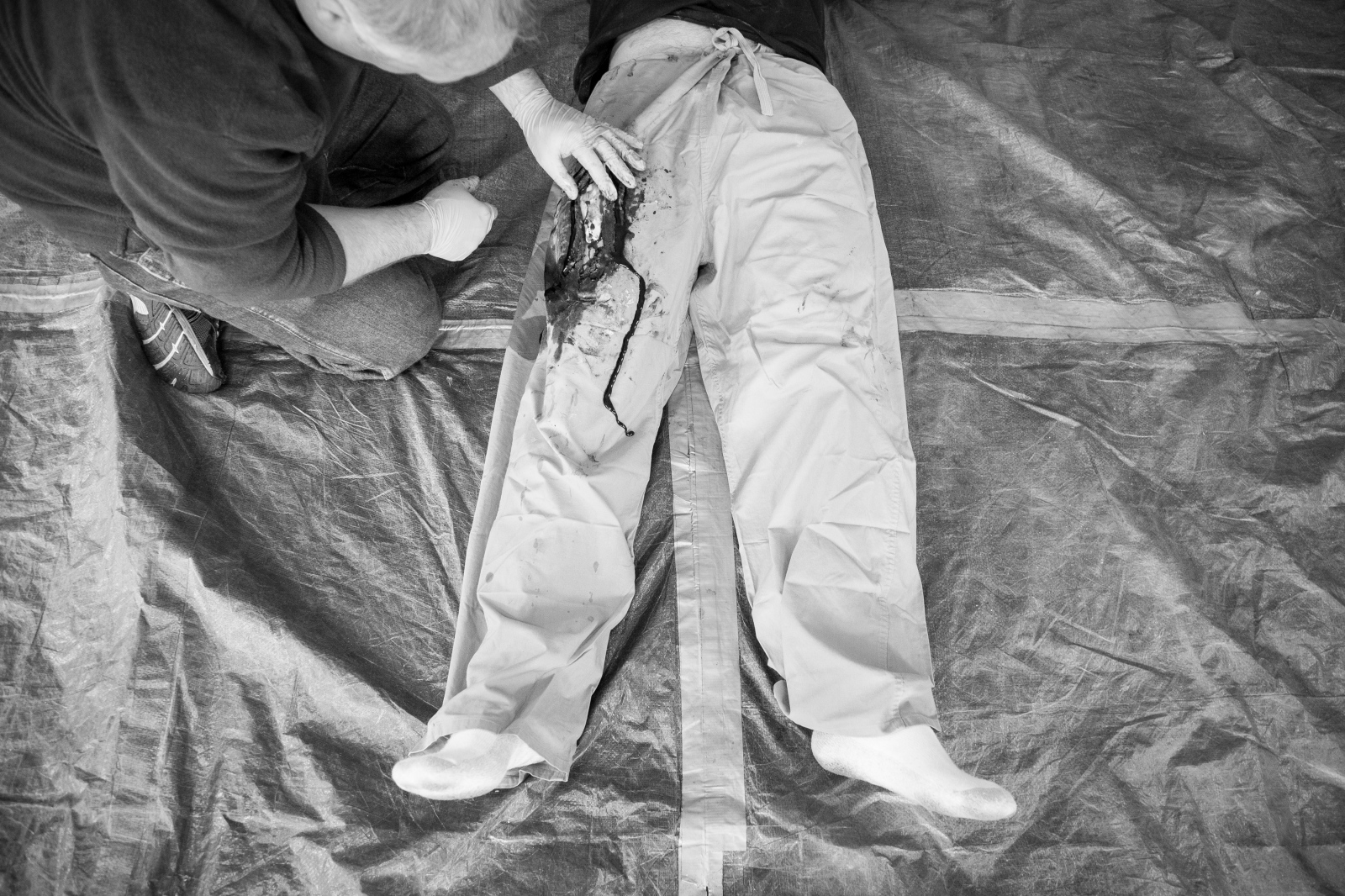 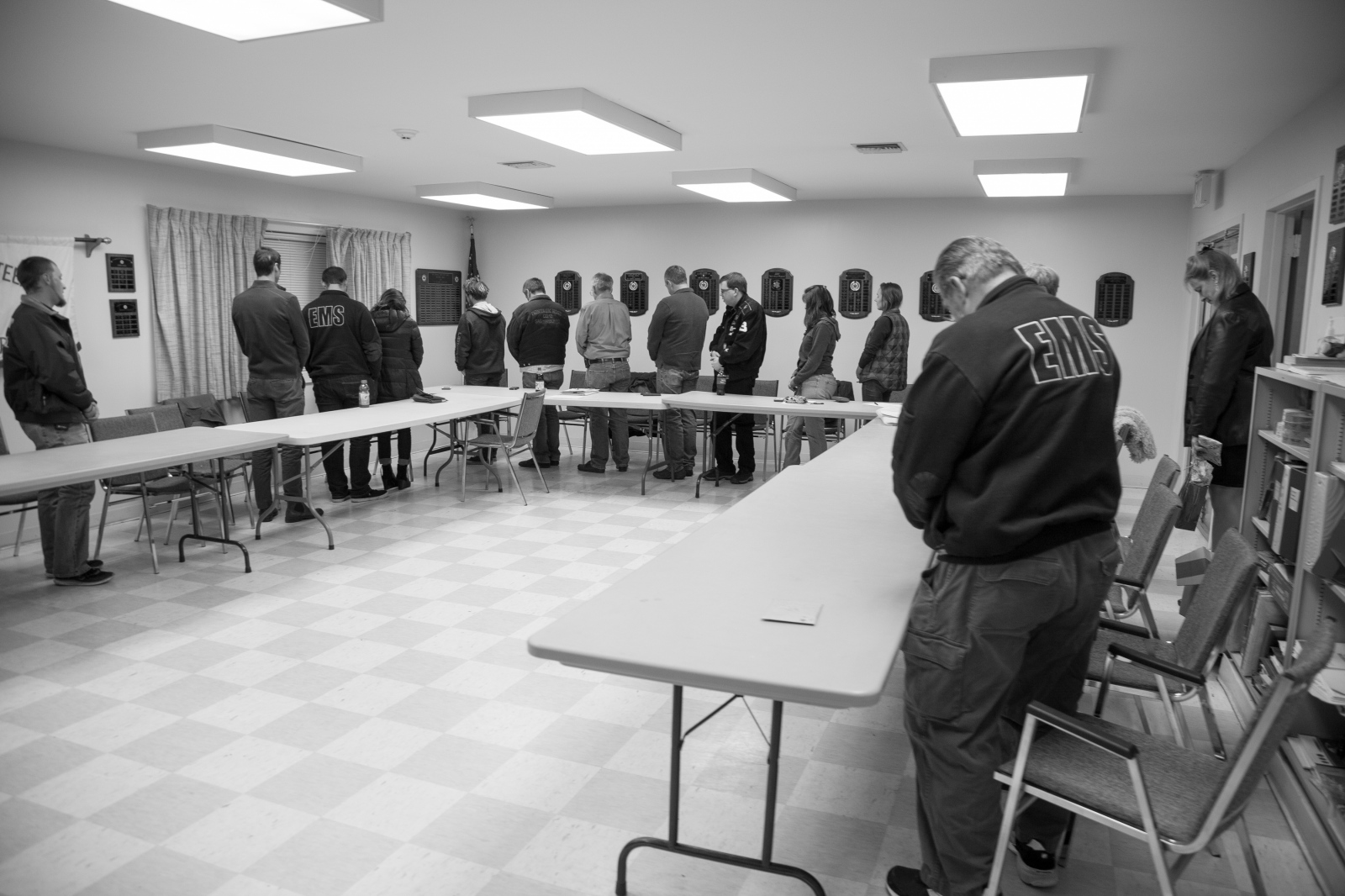 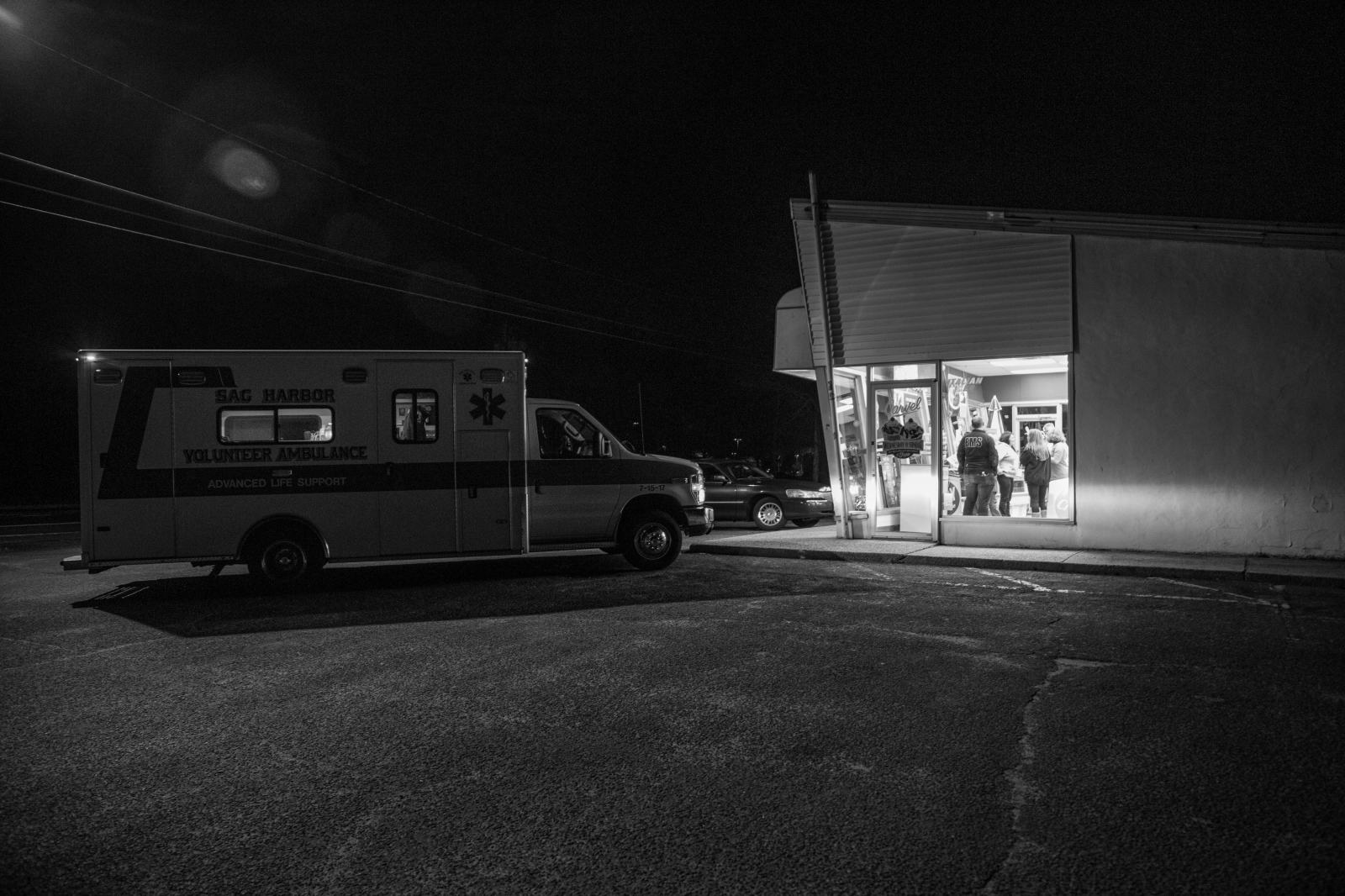 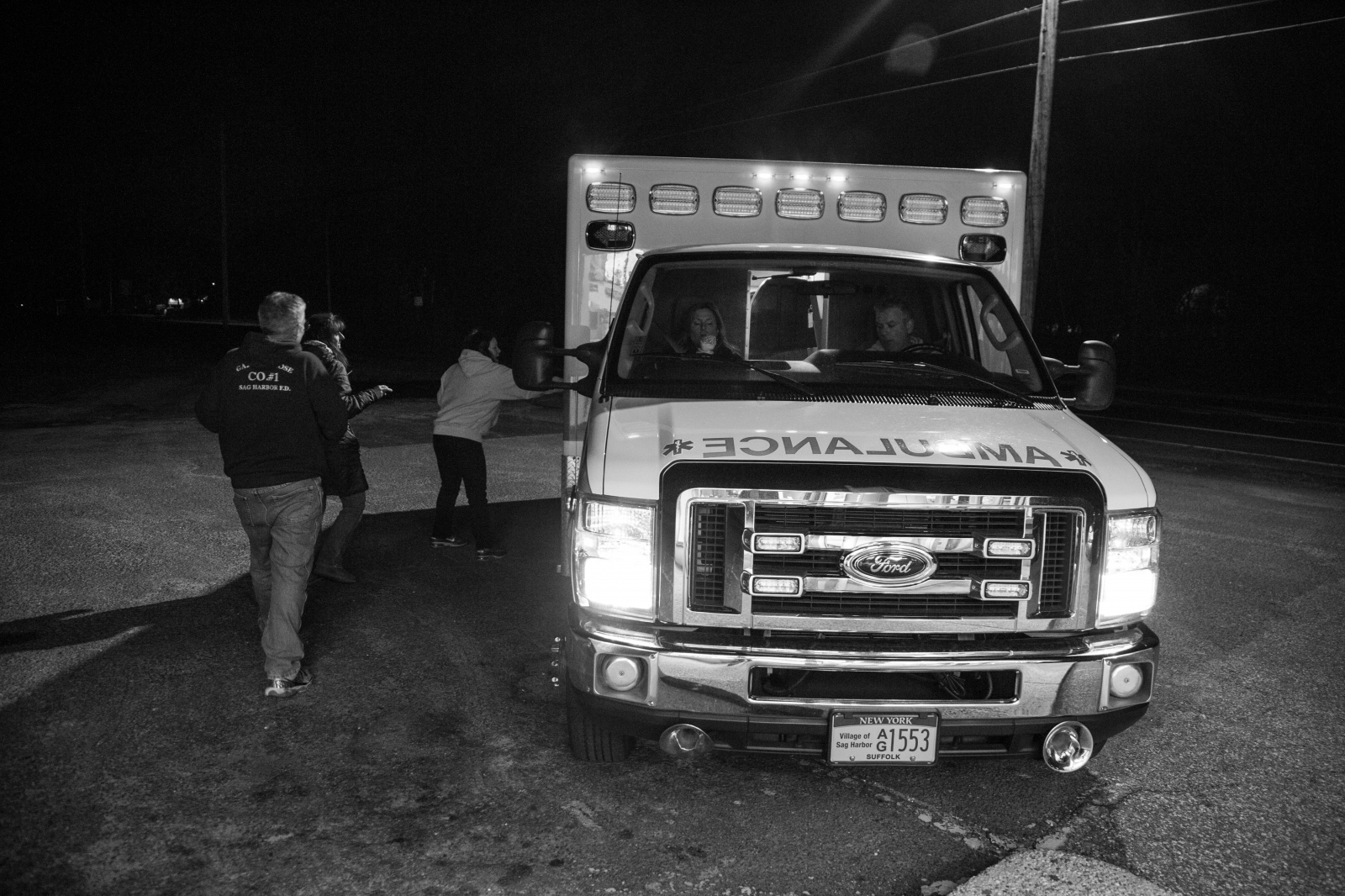 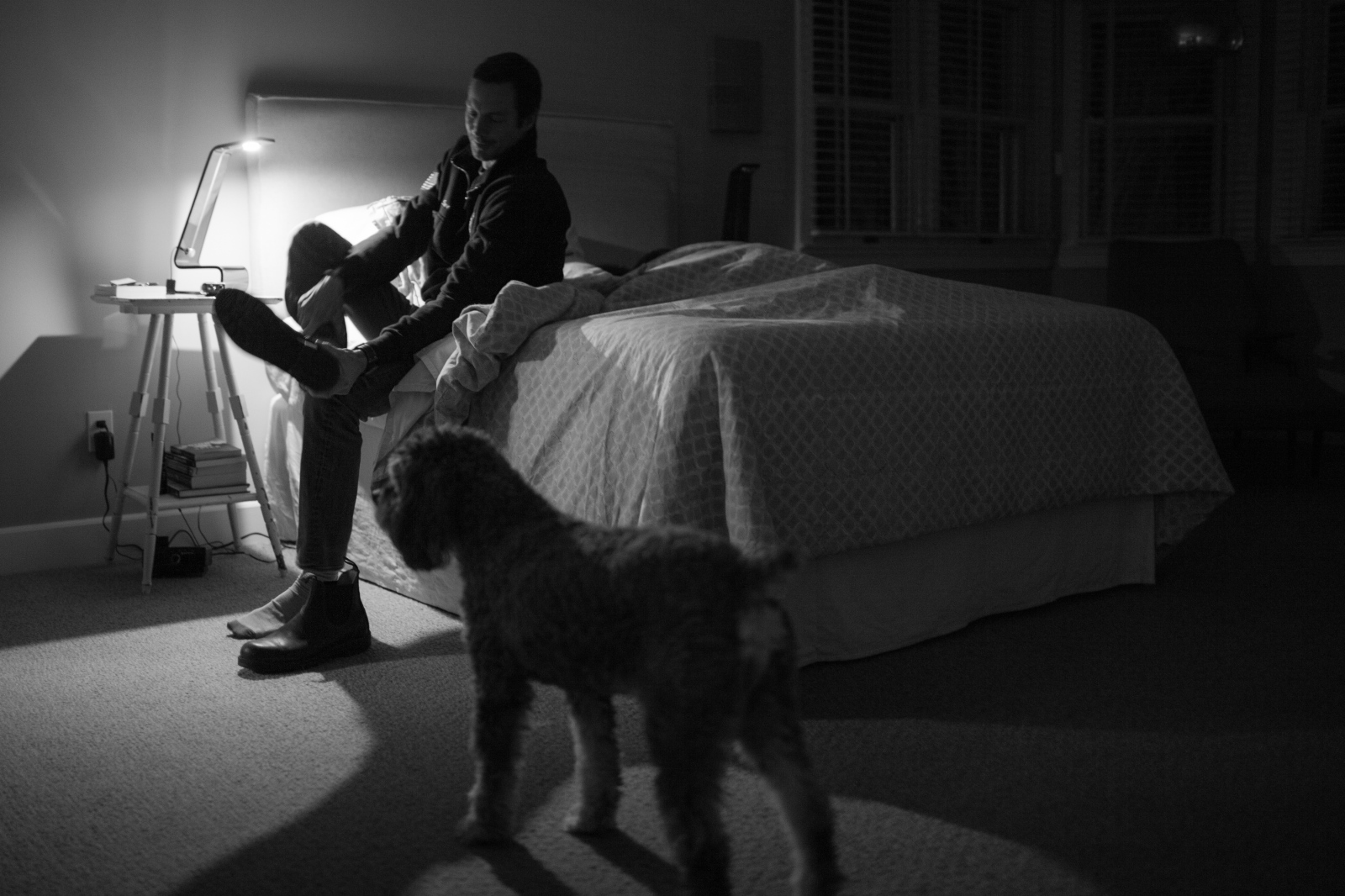 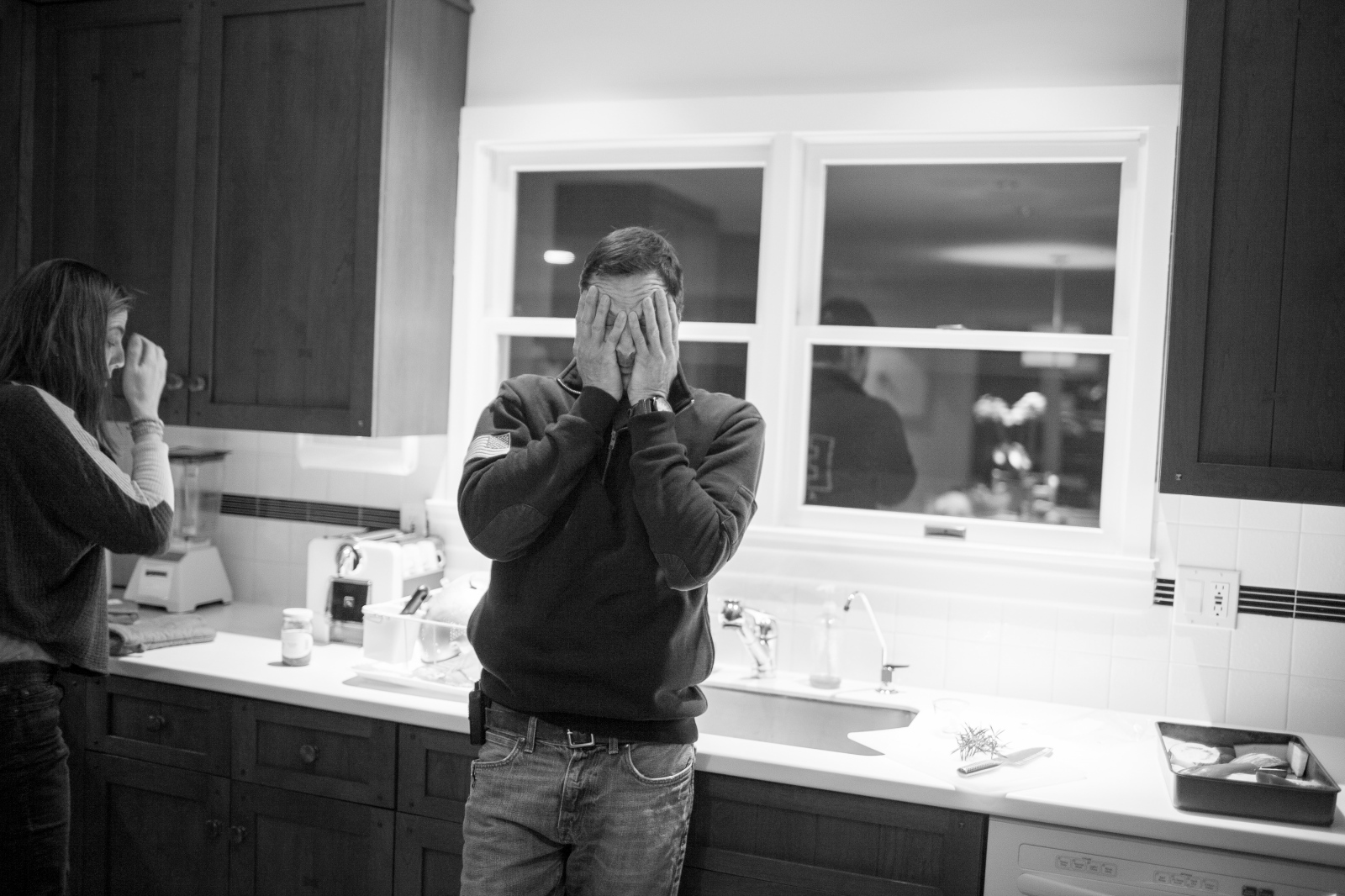 Lindsay Morris, a freelance photographer, said she first got the idea for her latest project after a group of people rushed into her living room last year, twice. She recognized these people: mothers from her children's school; faces she saw at the post office and other local places. On those two occasions, they were rushing to Ms. Morris's house as members of the Sag Harbor Volunteer Ambulance Corps, to administer emergency care to members of her family.

The corps is largely made up of civilians with day jobs who are rarely far from contact with the 911 dispatcher, said Ms. Morris, 49, who lives in Sag Harbor, on Long Island's East End. "I had never thought about E.M.T.s," she said, adding, "I guess the only time they're recognized is when they come to your home."

With around 30 members, the corps answers about 900 calls a year, many in the summer when the population swells. In recent months, Ms. Morris photographed corps members at meetings, eating at home and during training, which included trauma exercises that could be traumatic to watch. In a "blood and guts" exercise, trainers staged gory injuries with fake blood and simulated body parts. Actual emergencies included car wrecks, heart attacks and drug overdoses. After some of the most upsetting episodes, emergency workers often repaired to the local Carvel for ice cream. Ms. Morris said she once went along after "their fourth death of the week."

She said corps members had asked her to join, but she was unsure, since she would have to face traumatic events and "then have to come back home and put the kids to bed." Still, she said "it's something I'm considering."

Lindsay Morris is a photographer and co-producer of the 2016 BBC documentary, My Transgender Summer Camp. She's best known for documenting events in her personal life and surrounding communities.